Three and a half years ago a twelve year old girl came to a church we were visiting. She stood and asked if anyone could help her and her brothers and sisters. It was known in the village that their mother had died and their father abandoned them to go live with one of his other wives. There were seven children and three had been given to other family members away from here but Phiona was left to care for her sister and two younger brothers, one was barely a year old.

Having just moved here and knowing so little of the culture here we didn’t know what to do, how to help. We already had many people trying to take advantage of us because we were new here so we were afraid to help. What if we helped and then had fifty people at our door the next day claiming to be “orphans”.

I should explain that here if one parent dies the children are considered to be orphans. Even if they have one parent at home. If the mother dies oftentimes the fathers (which many have more than one wife) will abandon them or in some cases will go find another wife to do the cooking and cleaning but those kind of wives most times do not treat the children well because they are not considered theirs. They are considered a burden. The school the kids go to – Hands Of Hope is one of the top schools in our district. We help in many ways to support them including income to provide the school with the best teachers. We currently also support thirteen children that attend there. As much as possible the director of the school tries to connect children that have been considered orphans with family support.

After a week I asked if anyone had helped these children. They were on my heart everyday and I felt helpless because I didn’t know how to care for them. I wanted to bring them to live with us! No one had. The second week I asked, still no one had helped – most people had a hard enough time taking care of their own families. And these kids were looked down upon because their father is said to be an alcoholic and had abandoned them. None of that their fault.

By the beginning of the third week I couldn’t take it anymore. I felt God leading me to do something. So we sat down with the children and told them we were going to start giving them food and the things that they needed. It took over a year for them to trust us enough to talk to us (through interpreters). It took longer than that for the baby to even let me look at him. I remember the first time I bought them new clothes and Naume stripped down right there and put on her new clothes!

Phiona, who was twelve, was doing the cooking – building the fire to cook over and cleaning. Whenever she could she worked in people’s gardens to make enough money for uniforms and exams to go to the government school. Government schools are free except for uniforms and exams and a lot of people can’t even afford that. They also don’t get a very good education because teachers are under paid and many really don’t care about the children. We started sending her and the two right under her to a Christian school we help across the road from us. We didn’t want to send the three to boarding school because then there would be nobody to take care of the two younger boys.

The year before last Phiona would have gone on to secondary school (high school) but she failed to be promoted. The headmaster told us her only options were to go into child care or tailoring. Or get married. At fourteen. We were so worried about her, she’s beautiful and she would be taken advantage of if she wasn’t in school. We were going to talk to our friend that is the director of Hands Of Hope. He was coming to see us to offer to take the children and board them at their school for no cost. They try and help families in their community to get their kids the best education they can. He was thinking three but by this time the other two were ready to go to school. He was a little surprised and we told him that Mandate would pay tuition for the two and all supplies that all five would need.

Going to Hands Of Hope has changed those children’s lives. Phiona was moved back to Primary 5 to catch up and the other two were put back a grade because the education they had been getting wasn’t at the same standards of this school. They’ve learned English and I can’t put into words how great it was to actually have conversations with them!

They are getting a Christian education, have someone to watch over them and take care of them all of the time and they are all excelling in their studies. (Except for the youngest Alisa – he’s on probation. He is quite the character!). And now Phiona can be a kid instead of having to mother her siblings.

This year one more sister came home and she is going to school this year. They were all excited to be together. There is one sister that is the oldest but no one knows where she is, most likely she is married we are told. We have been happy, even though we’ve really had to push, but the father has visited them once at school and when their roof blew off we told him if he contributed we would help fix it and he did. Just this month one daughter was very sick and even though Jenifer had to get onto him – after she found him – he went to visit her. He has married again but this wife will have nothing to do with the children. So little steps in trying to get him to take some responsibility for his own children.

This is just part of what we do, taking care of those who can’t take care of themselves. Children and widows and widowers. These children we consider our own and I even cry when we take them off to school. We see them on visitation days and when they come home on holidays and their “summer” break.

I wanted to tell their story because even after all they’ve lost and the hardships they’ve had they have joy. And now I believe they have a better chance at a better future.

Together, We Can Go Further

in Chad and Terra Lorrenz 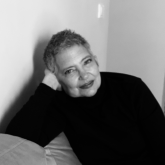